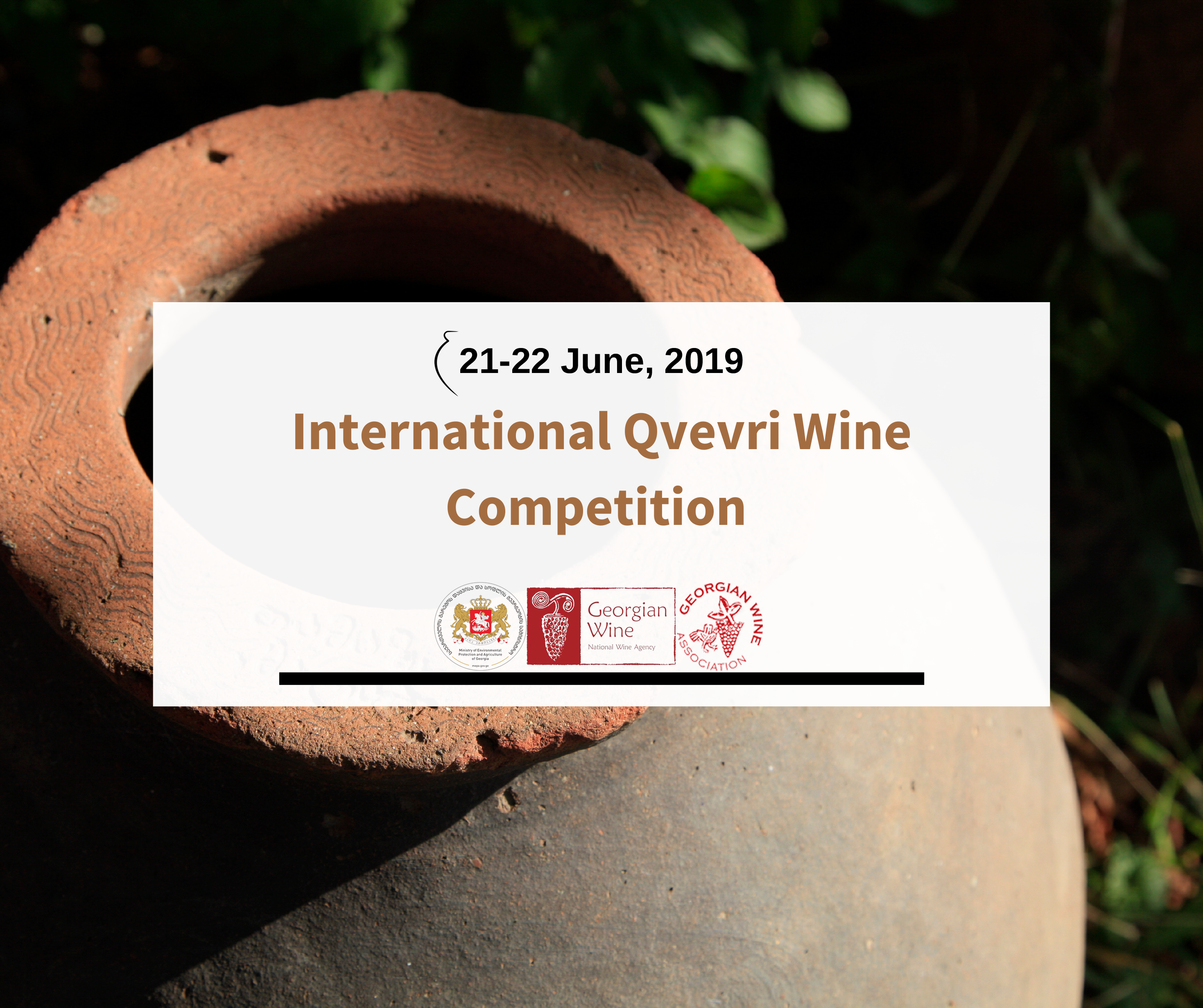 
The 3rd International Qvevri Wine Competition will be held in Georgia, on June 21 and 22 2019, organized by the Georgian Wine Association, the National Wine Agency and the Ministry of Environmental Protection and Agriculture of Georgia.

The main purpose of the competition is to introduce the best Qvevri Wine to the world, to encourage the production and consumption of Qvevri Wine, to increase awareness of Qvevri wines produced in different countries.

The competition is open exclusively to Qvevri wine producers from all countries and wine regions in the world. Wine samples will be examined and evaluated by the team of national and international experts. Submission of samples will be available till June 14.

The 1st International Qvevri Wine Competition was successfully launched in September 2017. Since then the interest of making wine in Qvevri has been significantly increased. Compared with the previous year, more than 25 % of the wine samples were presented in 2018.

In 2017 the world scientific community recognized that the oldest wine remains were discovered on the territory of Georgia, from where it spread around the world with profound consequences for agriculture, human culture, biology, medicine, and ultimately civilization.